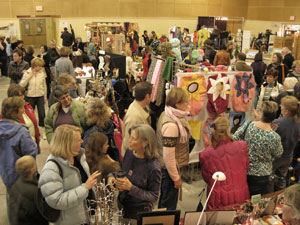 The report provided some key economic figures, such as organizations employed 85,000 people and contributed $135 million in state and federal taxes annually.

The report also noted that 84 million people visited these organizations annually. Recognizing the importance of the creative sector, Governor Baldacci convened the Blaine House Conference on Maine’s Creative Economy in May of 2004. During his opening speech Governor Baldacci announced that Maine was now opening the door even wider to the concept of every Maine person being able to reach his or her full potential by embracing the arts, creativity, entrepreneurship and innovation. The outcomes of this conference were presented in a report by the Maine Arts Commission.

In 2005, during his State of the State address, Governor Baldacci announced the creation of a permanent Creative Economy Council, saying, “As a state we must embrace innovation and entrepreneurship in our schools and workplaces.” He named John Rohman, chair of the Maine Arts Commission, to chair the new council.

In 2006, Maine’s Creative Economy Council oversaw the production of, Maine’s Creative Economy: Connecting Creativity, Commerce & Community, through the Margaret Chase Smith Policy Center. This report, with its accompanying community handbook, highlighted the importance of the creative economy in Maine. Findings showed that eight percent of Maine’s workforce are creative workers. It also showed that 75 percent of these workers had earned at least a bachelors degree and on average earned $49,000 annually.

In 2007, People, Place, and Prosperity was released as the first report of the Governor’s Council on Maine’s Quality of Place by the Brookings Institute. The report offered a broader view of Maine’s resources and showed how Maine’s cultural sector fits into a larger picture.

Meanwhile in 2007, Midcoast Magnet, in a partnership with the Maine Arts Commission, convened an action summit on Maine’s Creative Economy. The aptly named Juice Conference was attended by over 400 people. Conference organizers sought to chart the future of Maine’s creative sector and a 2007 conference summary has been produced detailing the outcomes.

In 2010, the St. John Valley Creative Economy Project; Strengthening Our Communities and Economy Through Culture and Place, was published.

This two-year research effort sought to identify opportunities, challenges, and potential strategies for developing and better leveraging the indigenous assets of culture and place in the St. John Valley of northern Maine. The project’s intent was also to begin a conversation on strengthening leadership capacity and fostering a positive climate for youth retention and rural innovation.

In 2009, research was conducted at 14 of Maine’s museums to determine their economic impact on the state. In 2010, Maine Museums: An Economic Impact Study was published with the survey findings.

Survey highlights demonstrate that approximately 442,000 people visited the 14 museums in 2009, spending approximately $71 million and producing a sales impact close to $148 million. This generated tax revenues for state and local governments of more than $7.5 million.