From Slab City to Tenth Street: The View from New York 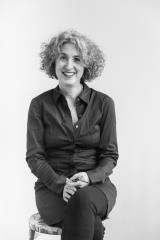 Author and curator Melissa Rachleff will discuss the importance the Tanager Gallery on Tenth Street in New York City had on the artists featured in Slab City Rendezvous (on view through February 9, 2020). The Tanager’s commitment to furthering the careers of younger artists through carefully conceived exhibitions treated both abstract and figurative tendencies equally, and became a model for other artist-run galleries, including Red Grooms’s catalytic City Gallery and the Delancey Street Museum, both of which expanded visual art into performance and poetry, supporting changes within figurative practices to a sensibility later termed Pop by critics. More broadly, Rachleff will explore how reconstructing artist networks, or conducting a “social art history,” opens the discipline to artists historically marginalized from common studies—most especially women and artists of color.

Melissa Rachleff is a clinical associate professor in the Visual Arts Administration Program at NYU: Steinhardt, where she concentrates on the nonprofit sector. In 2017 she curated Inventing Downtown: Artist-Run Galleries in New York City, 1952–1965for NYU Grey Art Gallery and wrote/edited the accompanying book, which is co-published by the Grey and Prestel Publishing. Rachleff began her career as the assistant curator at Exit Art and co-curated exhibitions on the intersection of visual art and documentation. She also worked on exhibits about under-examined artists at mid-career. As a program officer for the New York State Council on the Arts from 1999–2007, Rachleff was an advocate in supporting contemporary art projects done in collaboration with local communities. She has written about artist organizations for a variety of publications, and her essay, “Do It Yourself: A History of Alternatives” was published in Alternative Histories: New York Art Spaces (MIT Press) in 2012.