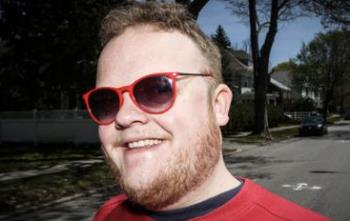 A comedy scene in Denmark, darn straight! Portland and Boston aren’t the only ones laughing. Lakeside Laugh Labs is a series featuring some of New England’s best up and coming comedians. Comics include Maine’s own and Jake Jacobson, Portland and Boston’s finest.

Connor McGrath Comedy has performed comedy throughout North America since 2011. He was voted “Maine’s Best Comedian” by the readers of the Portland Phoenix in 2017 and 2018. He has an honest and inimitable style in describing his life as a millennial on the autism spectrum. He was recently profiled by New York Times Best Seller Jeff Pearlman and has performed with Mark Normand & Cameron Esposito.