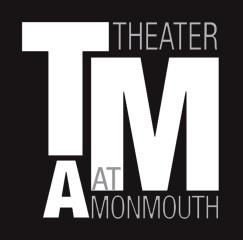 Theater at Monmouth seeks energetic and dynamic performers for the 2020 Summer Repertory Season as well as other projects throughout the year. Summer Repertory contracts run 10-11 weeks from June 8 through August 23 and include housing (for non-residents of Maine) and weekly stipend. We’re looking for theatre professionals who would like to join a strong ensemble company and are interested in teamwork, collaboration, and artistic growth in a creatively-charged environment in a beautiful rural community in central Maine. Performers of all ages, ethnic and racial backgrounds, and gender identification are strongly encouraged to audition.

The 2020 (R)evolutionary Season includes: The Agitators by Mat Smart, directed by Josiah Davis; Shakespeare’s Cymbeline directed by Charlie Marie McGrath and Julius Caesar directed by Bill Van Horn; Edward Albee’s Seascape director TBD; Callie Kimball’s Sofonisba directed by Dawn McAndrews, and Aesop’s Guide to Friendship directed by Ian Kramer. TAM’s Fall Show will be A Gentlemen’s Guide to Love and Murder book and lyrics by Robert L. Freedman; music and lyrics by Steven Lutvak, directed by Adam P. Blais. First performance is June 27 and the Summer Rep closes on August 23. Each actor in the summer company plays three or four roles; all shows are rehearsed and performed in repertory. The summer season operates on an LOA to LORT contract with Actors’ Equity and union rules followed for Equity and non-Equity actors. Internships are also available.

TAM’s summer season is a true ensemble of more than 50 theatre artists from all over the country. We perform in Cumston Hall, a 250-seat Victorian opera house; rehearsals take place in the recently renovated Grange Hall.

To schedule an EPA or General Audition in Monmouth email headshot and resume (with website if applicable) by November 22 to boxoffice@theateratmonmouth.org or call 207.933.9999.

Theater at Monmouth, founded in 1970, was named the Shakespearean Theater of Maine by the State other classic plays through professional productions that enrich the lives of people throughout Maine. Since its founding, TAM has produced expertly crafted, engaging productions in its three-month Summer Repertory Season entertaining audiences from 36 states and through Education Tours annually reaching more than 15,000 students statewide.

The Theater at Monmouth