UUCB Concerts for a Cause: GARNET ROGERS 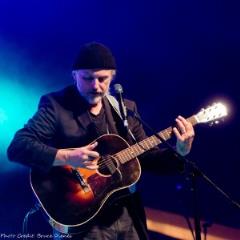 At the age of 16, Canadian Singer-songwriter Garnet Rogers was on the road as a full-time working musician with his older brother, the legendary Stan Rogers. Together they formed what has come to be accepted as one of the most influential acts in North American folk music. Since then, Garnet Rogers has established himself as ‘One of the major talents of our time.”

With his “smooth, dark baritone,” his incredible range, and thoughtful, dramatic phrasing, Garnet is widely considered by fans and critics alike to be one of the finest singers anywhere. His music, like the man himself, is literate, passionate, highly sensitive, and deeply purposeful. Garnet sings extraordinary songs about ordinary people and of the small victories of the everyday. As memorable as his songs, his over-the-top humor and lightning-quick wit moves his audience from tears to laughter and back again.

Tickets are $15 in advance, $20 at the door, Students/Children: $10. Available at the church office, Gulf of Maine Books, or online at https://garnet.brownpapertickets.com/.