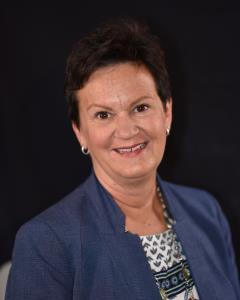 AUGUSTA, MAINE--The Maine Arts Commission announced today that Julie Richard has officially resigned from her eight-year post as the agency’s Executive Director, effective in December of 2020.

Richard has accepted the position as the Executive Director to lead the Sedona Arts Center, a non-profit organization in Sedona, Arizona.

“This has not been an easy decision for me,” Richard said in her letter of resignation. “I care deeply about the arts and culture sector in Maine and I am very proud of what has been accomplished during my tenure.”

The Maine Arts Commission oversaw myriad accomplishments and policy changes under Richard’s leadership as she steered the cultural agency in a new direction. From the completion of the first comprehensive statewide Cultural Plan in 2015, to reforming the agency’s grants program to be more transparent and equitable, to the creation of ArtsEngageME, the statewide cultural network for arts advocacy, Richard’s tenure has helped foster a stronger and more vibrant arts and culture sector throughout the state.

In 2016, Richard oversaw the state’s first Arts Education Census which produced a comprehensive assessment of arts programming in Maine’s schools. The Census helped pave the way to launching several initiatives, one in which is currently improving access to the arts for six school districts in Washington County.

Between 2012-2020, the Maine Arts Commission took on many challenges aimed at increasing the state and federal funding for the arts. The Commission has seen more than a $100,000 increase through its Partnership Grant with the National Endowment for the Arts over the past eight years.Within a typical fiscal year, the Arts Commission processes about 450 grant applications across multiple programs and artistic disciplines. In 2020, while enduring the difficult times of the Covid-19 pandemic, Richard’s staff reviewed and processed 1,421 successful grants and provided much needed emergency relief to their constituents with additional funding from the NEA and CARES Act.

Under Richard’s leadership, the Maine Arts Commission also expanded its services, offering more professional development opportunities, workshops, and intensives for creative workers and their communities throughout the year. Thousands of artists and arts organizations that make up the agency’s vast network convened every other year when the Commission would host its biennial Maine International Conference on the Arts (MICA). The Commission staff is currently planning a Virtual MICA, after having to cancel the in-person conference that was slated for this autumn.

“This is certainly a sad and happy moment,” said Cynthia Orcutt, the Commission’s Vice Chair. “Having been on the Commission for much of Julie's eight years of leadership and accomplishments, I can say it has been a transformative time for arts and culture in Maine. She has made a huge, positive impact.”

Commission Chair David Greenham added his thanks to Richard. "The Maine Arts Commission is very grateful for Julie's leadership and her diligence in bringing nationally significant ideas to Maine," he said. "Many thanks to Julie for her work and for her dedication to ensuring a smooth transition as we begin to plan a search for a new Executive Director. We wish her the best in her new position."

In the coming weeks it is expected that an Interim Director will be named who will work with the staff and Commission members to ensure that ongoing progress will continue and planned programs, projects, grant deadlines and awards will proceed as scheduled.

Richard acknowledged her staff for their service and their commitment to strengthening the arts in Maine.

“I am extremely proud of and grateful for the Maine Arts Commission staff,” Richard said. “They have contributed significantly to our success and deserve huge accolades for their service, especially during this past year.  It will be very hard to say goodbye to them.”

Richard has offered to assist with the transition to new leadership by providing assistance and insight over the next few months as the Commission prepares for its next steps. In a final farewell, Richard concluded her letter by thanking those who have supported her over the years and for all their service to the Maine Arts Commission.

For further information regarding the Maine Arts Commission’s future leadership, please subscribe to the agency’s monthly e-newsletter at www.MaineArts.com or visit the Commission’s Facebook page.