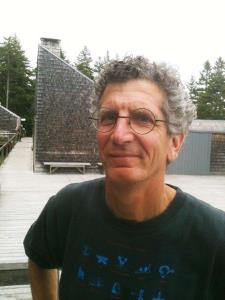 AUGUSTA, MAINE--The Maine Arts Commission (MAC) is thrilled to announce the appointment of Maine’s fifth state poet laureate. Stuart Kestenbaum, a resident of Deer Isle, will succeed Wesley McNair, who held the position since 2011. By legislative statute, the State Poet Laureate is appointed for a five-year term and may be reappointed for a second consecutive term. Kestenbaum’s predecessors include, in addition to McNair, Kate Barnes (1996-1999), Baron Wormser (2000-2005), and Betsy Sholl (2006-2011).

“When I was at Haystack I would frequently read poems—often by Maine poets—to artists who came from all around the US and other countries,” Kestenbaum said in a recent interview. “I wanted to give them a sense of place—of Maine—of its ingenuity and tenacity and of poetry’s power to slow the world down momentarily and let us see what’s most important.”

Stuart Kestenbaum is the author of four collections of poems, Pilgrimage (Coyote Love Press), House of Thanksgiving (Deerbrook Editions), and Prayers and Run-on Sentences (Deerbrook Editions) and Only Now (Deerbrook Editions). He has written and spoken widely on craft making and creativity, and his poems and writing have appeared in numerous small press publications and magazines including Tikkun, the Sun, the Beloit Poetry Journal, Northeast Corridor, and others and on Garrison Keillor’s Writer’s Almanac.

Stuart Kestenbaum writes the kind of poems I love to read, heartfelt responses to the privilege of having been given a life,” Ted Kooser, from 2004-06 the nation’s thirteenth poet laureate, wrote in regard to Kestenbaum’s Prayers and Run-on Sentences. “No hidden agendas here, no theories to espouse, nothing but life, pure life, set down with craft and love.”

Kestenbaum retired in 2015 as the longtime director of Haystack Mountain School of Crafts. He is currently the chair of the American Craft Council, for which he was elected an honorary fellow in 2006. This month he was also named an honorary member of the National Council on Education for the Ceramic Arts (NCECA) during NCECA’s  50th annual conference in Kansas City, MO.

“Stu’s work beautifully captures the quirky, rural characteristics that make Maine unique and beloved,” said Julie Richard, Executive Director of the Maine Arts Commission. “The selection committee was unanimous in recommending him to the Governor to be Maine’s next Poet Laureate.”

Maine’s Poet Laureate position is an appointment designed to promote poetry throughout the state while honoring an eminent Maine poet for his or her achievements.The position was established by Maine statute in 1995. To be considered for this appointment, poets must be full-time Maine residents and have a distinguished body of poetic work.

“I’m so honored and grateful to have been selected as the state’s poet laureate. I hope to make connections between writers and other creative disciplines and to celebrate poetry’s power to transform us—poet and reader alike-- in unexpected  ways,”Kestenbaum added.

To learn more about the Maine Arts Commission’s current and future programs please go to www.mainearts.com. You may also join us on Facebook, Twitter, and Instagram @MaineArts.

The Maine Arts Commission shall encourage and stimulate public interest and participation in the cultural heritage and cultural programs of our state; shall expand the state's cultural resources; and shall encourage and assist freedom of artistic expression for the well being of the arts, to meet the needs and aspirations of persons  in all parts of the state.