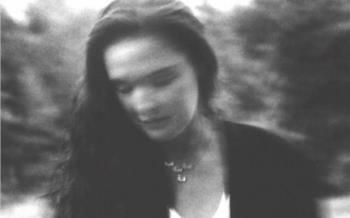 A beloved singer-songwriter with a voice like no other, Carol Noonan is known for her contemporary folk music as well as her haunting renditions of Irish, English, and American traditionals. Her voice has been compared to a young Joan Baez, and she continues to win the praise of critics year after year.

Described as emotional roller coasters, Carol Noonan's concerts feature her hilarious Maine humor coupled with her dark and heart-wrenching ballads. In addition to her Boston Music Awards, Noonan has received rave reviews from the likes of NPR's Weekend Edition to the unlikely pages of Horse and Farm and Playboy Magazines. She is also the owner and host of Stone Mountain Arts Center, a music hall nestled in the foothills of the White Mountains.

"Carol Noonan seems to exist beyond time.....she sounds at times like a 90's Sandy Denny, soaring into the heavens, as she hits you in the heart.”
Steve Morse, Boston Globe “a brilliant modern folk singer” --Dave Marsh, Bruce Springsteen biographer