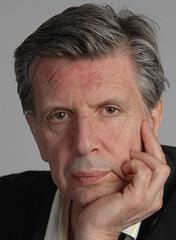 The Franco-American Collection at the University of Southern Maine invites you to join us in-person on Monday, June 6, 2022, 6 pm-8 pm, for a screening of the documentary Le Grand Jack (Jack Kerouac’s Road) A Franco-American Odyssey. Following the screening there will be a Q & A period with the filmmaker, Herménégilde Chiasson.

The event, presented by the Québec Delegation in Boston, will include a presentation of the Franco-Route, an initiative championed by the Delegation, a presentation (on video) from the mayors of  St-Pacome and St-Hubert the villages Jack Kerouac's parents came from, a showing of the movie (subtitled in English) and a Q & A with Monsieur Chiasson, moderated by Marie-Josée Duquette of the Delegation.