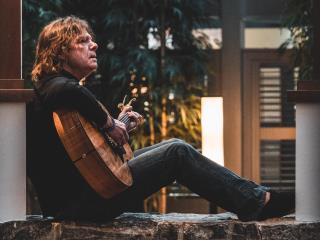 The Grand is excited to announce the next act of the annual Free Summer Waterfront Concerts at the Union River Harbor Park on Fridays at 6 pm (rain or shine!) beginning Friday, July 5th and continuing through Friday, August 23rd. The Waterfront Concerts are sponsored by the City of Ellsworth. Admission is free to all concerts. On July 19th Gordon Thomas Ward- dubbed “the total package” by his fans, the Grammy-balloted solo performer with songs influenced by the singer-songwriters of the late 1960s through the 1970s, yet occupying a space all their own while fitting into the contemporary folk rock, adult alternative, and Americana genres- performs for free! For more information on this or other Grand events, please call the box office at 207-667-9500 or visit The Grand website at www.grandonline.org or follow The Grand on Facebook.