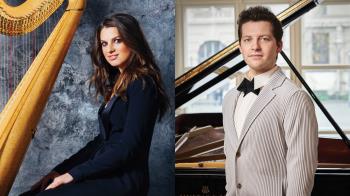 In her second year, PCMF Artistic Director Melissa Reardon takes the summer festival online with four streamed concerts. Staying true to original plans, the concerts feature all the originally contracted musicians, and include many of today’s most innovative and in-demand chamber artists. Festival programs are on August 6, 9, 13 at 7:30 PM. To ensure the widest possible access, all events have a pay-what-you-wish option, and will be presented via YouTube Premiere.

This collection of solo and duo works includes a new work from Michi Wiancko, the always fascinating opportunity to hear a composer performing their own work with guitarist/composer João Luiz, and conversations with both composers.