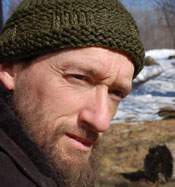 Jason Anthony, from Damariscotta, is the Maine Arts Commission’s 2014 Literary Arts Fellow. He was selected for his Non-Fiction submission The Secret Society of Unconventional Cooks.  Jason has won numerous awards for his writing and his work has been published in many anthologies and magazines.  He has published one book – Hoosh: Roast Penguin, Scurvy Day and Other Stories of Antarctic Cuisine

For eight austral summers, between 1994 and 2004, Jason traveled the Ross Sea region of the Antarctic as a worker in the United States Antarctic Program. He recycled garbage, fueled aircraft, moved cargo and built airstrips that helped maintain the American presence in Antarctica and created a community from which scientists could work. As the years passed, he spent more time in remote field camps in the hinterlands of the Transantarctic Mountains, West Antarctica, and the East Antarctic ice cap. During all of this astonishing experience he studied Antarctic geography and its implications, and after leaving researched Antarctic history, science, culture and politics. 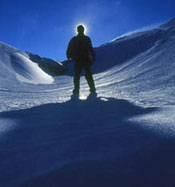 Many of Jason’s writings are rooted in notebooks filled during his Antarctic summers, sometimes in a windblown tent, more often at the quiet end of a noisy McMurdo workday. Those notebooks tended toward a lyrical nonfiction, in a collection of narrative, descriptive, analytical and poetic fragments. Although he writes often on the popular themes of exploration history and contemporary scientific issues, his foundation in doing so is always his on-ice experience and his passion for Antarctic landscape.

Jason’s Antarctic essays have been published in VQR, Diagram, The Missouri Review, Seneca Review, Isotope, Worldhum.com, Alimentum, TheSmartSet.com, Fraglit.com, Forbes.com, and in the anthologies In Pieces: An Anthology of Fragmentary Writing (Impassio Press) and Antarctica: Life on the Ice (Traveler's Tales). 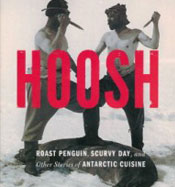 "A Brief and Awkward Tour of the End of the Earth" was selected for the 2007 Best American Travel Writing; "Time on Ice" was a Notable Essay in the 2006 Best American Essays; “Antarctic Aesthetics” was a finalist in Diagram’s Hybrid Essay Contest, and his work has twice been nominated for the Pushcart Prize. He teaches English at The Deck House School in Edgecomb, Maine. He is the author of Hoosh: Roast Penguin, Scurvy Day, and Other Stories of Antarctic Cuisine.