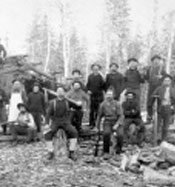 Sumner McKane, from Wiscassett, is the Maine Arts Commission’s 2014 Media and Performing Arts Fellow. McKane is a musician and composer with a photographer’s mind. McKane’s mental snapshots of trails traveled and times past inevitably find their way in to musical interpretations of these scenes. The vivid nature of the resulting soundscapes reveal musical and emotional themes that inexplicably straddle the line between fresh and familiar, all with fantastic facility. This is exhibited throughout his various multimedia projects and his new release titled "Select Visual History". Select Visual History is McKane's eleventh album release, and his first- not having anything to do with his film projects- since the highly praised "What A Great 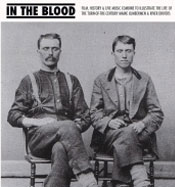 McKane's project, In The Blood, is an illustration of the life, skills, and character of the turn-of-the-century Maine lumbermen & river drivers. It is a documentary film, as well as a live, self-proclaimed "docu-exhibit": a combination of film, oral histories, sound design, and live music. In The Blood has seen success as both a film, and as a docu-exhibit. He has been performing In The Blood to audiences throughout Maine, as well as in schools throughout the state. Sumner created In The Blood based in his educational experience as a historian and photographer, and from his career as a professional performing musician.

Sumner is currently touring with In The Blood. He is booking performances in arts venues and theaters, as well as presenting for middle school, high school, and college students. He is working on a new project titled The Maine Frontier: Through the Lens of Isaac Walton Simpson, a live multimedia presentation that illustrates life, work, community and culture in northern Maine at the turn-of-the-century. Sumner is also touring with the Don Campbell Band and teaching at the Midcoast Guitar School in Wiscasset, as well as at Buckdancers Choice Music School, in Portland. 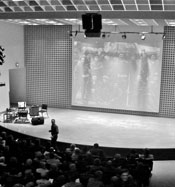 McKane studied photography at the rocky Mountain School of Photography and at the University of Montana. He studied history at the University of Montana and at the University of Southern Maine, and graduated from USM with high honors in history, as a member of Phi Alpha Theta- the National Historians Honors Society. Sumner grew up in Damariscotta, a small town in Maine’s midcoast region. This area that McKane called home is located at the head of a river, and abuts some of the most spectacular natural scenery in the state; perfect settings for the cinematic soundscapes McKane would come to create.