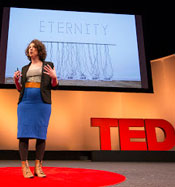 Alicia Eggert, from Portland, is the Maine Arts Commission’s 2014 Visual Arts Fellow. She is an interdisciplinary artist whose work primarily takes the form of kinetic, electronic and interactive sculpture. Before pursuing a career in art, she earned an undergraduate degree in interior design and practiced at an architectural firm in New York for several years. After leaving that field, she went on to receive her MFA in Sculpture/Dimensional Studies. Her artwork, which remains strongly rooted in design, focuses on the relationship between language, image and time.

It has been exhibited both nationally and internationally, and is currently included in “O’Clock. Time design, design time,” a traveling exhibition originally held at the Triennale Design Museum in Milan, which places her work in the company of artists such as John Cage and Damien Hirst. Other recent exhibitions include SIGGRAPH Asia in Hong Kong; ISEA (the International Symposium on Electronic Art) at the Albuquerque Museum of Art in New Mexico; CYBERFEST in St. Petersburg, Russia; and Sculpture By the Sea in Sydney, Australia. Other institutions that have exhibited her work include the Portland Museum of Art in Maine, the Everson Museum of Art in Syracuse, and various galleries/festivals in the U.S., U.K., Poland, Belgium and Canada. Her work has also been featured on websites such as VVORK and designboom, and included in a Victionary publication titled Typoholic: Material Types in Design. 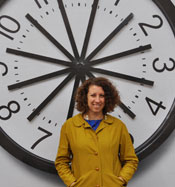 Alicia has recently been awarded a TED Fellowship, a program designed to bring together young world-changers and trailblazers who have shown unusual accomplishment and exceptional courage. As a TED2013 Fellow she had the opportunity to present her work in a talk at TED2013: “The Young. The Wise. The Undiscovered.” Alicia currently lives in Portland, Maine, and teaches sculpture and architecture at Bowdoin College. 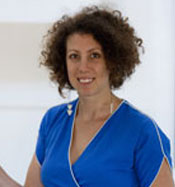 “As a conceptual artist, my work always begins and ends with an idea, and the materials I work with are chosen based upon their ability to communicate a concept as clearly and concisely as possible. The more I refine my ideas and develop as an artist, the more I find language to be the most direct and appropriate material for realizing them. The most refined ideas can be expressed by a single word. At the surface level, language appeals to me because it’s accessible. In order to understand the work, a person only needs to know how to read. But upon closer inspection, language has the ability to contain a multitude of complexities. One simple word can contain a world of meaning.”