The Maine Arts Commission’s Fellowships reward artistic excellence, advance the careers of Maine artists and promote public awareness regarding the eminence of the creative sector in Maine. The awards are made solely on the basis of artistic excellence. Due to the competitiveness of the Individual Artist Fellowship program and to avoid conflict of interest, all jurors selected for this program reside out of state. The seven fellows for 2015 are: 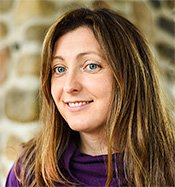 Christine Dentremont, from Swans Island, is the Maine Arts Commission 2015 Functional Craft Arts Fellow. After studying industrial design in New York, Dentremont moved to Swans Island in 2000. This award is allowing Dentremont to launch her professional studio, market to a broader audience, and cultivate new customers.

"My work blurs the lines between art, craft and design. Integrating artistic form into functional, usable products allows me to create one-of-a-kind pieces. Being acknowledged by the Maine Arts Commission is an honor and fuels my sincere desire to be part of Maine's creative economy." 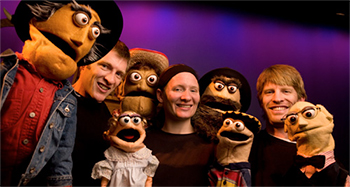 Based in Bar Harbor, Frogtown Mountain Puppeteers is the Maine Arts Commission 2015 Performing Arts Fellow.  This family business has been creating hand-made puppets and producing humorous, fast-moving shows that appeal to all ages.

"We are so honored to be recognized by the Maine Arts Commission, and are excited to put the award to use building triceratops, tyrannosaurus rex and exploding volcanoes for our new show about dinosaurs.  We will be recording original music, choreographing 12 dances, and making over 20 hand-made puppets for the production." 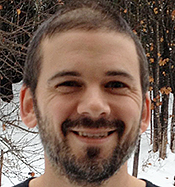 Wade Kavanaugh, from Albany Township, is the Maine Arts Commission 2015 Visual Arts Fellow. Kavanaugh received his B.A. in Economics from Bowdoin College. He has been a resident at the Macdowell Colony in Peterborough, NH and received grants from the New York Foundation for the Arts and the Pollock Krasner Foundation.

More information about Wade can be found here. 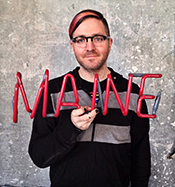 David Meiklejohn, from Portland, is the Maine Arts Commission 2015 Media Arts Fellow. David is an award-winning writer, filmmaker and installation artist who has directed and authored a number of films and created a number of music videos.

For the bulk of his fellowship year, David plans to work on a short film adaptation about young boys struggling to understand the purpose of prisons. 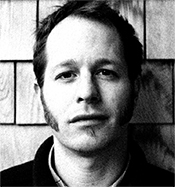 Jonathan Mess, from Jefferson, is the Maine Arts Commission 2015 Contemporary Craft Fellow. Jonathan's work is characterized by experimental abstraction using reclaimed ceramic materials. Mess received his B.F.A. at the University of Montana, Missoula and an M.F.A. in Ceramics at the State University of New York at New Paltz. His work is in private collections and has been exhibited nationally. 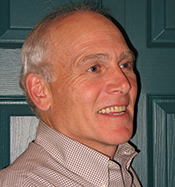 Glenn Morazzini, from Cumberland, is the Maine Arts Commission 2015 Literary Arts Fellow. Glenn's poems have won a number of awards including the Allen Ginsberg Poetry Award, Paumanok Poetry Prize and Martin Dibner Poetry Fellowship. His work has also been published in a variety of journals.

According to Glenn, "This grant is a handshake between myself and the guy from North Yarmouth who hooked the gas line to the burner in my basement and the roofer from Hebron who checked my garage’s blown shingles and a lawyer from Gorham who defended a child in my practice and the unknown others who make up a community called Maine. Some of their tax money made this offering possible. My part of the deal, the handshake, is to finish my book, those pictures moving to sounds I call poems."

To view a sample of Glenn's work, click here. 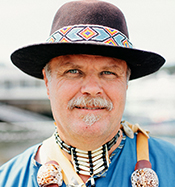 Brian Theriault, from Fort Kent, is the Maine Arts Commission’s 2015 Traditional Arts Fellow. Continuing a Native American tradition that began centuries ago, Brian has been making one-of-a-kind snowshoes for over 40 years. His father, Edmond Theriault, taught him how to both make and repair snowshoes when Brian was a young man. Known for their strength, durability, and flexibility, Theriault snowshoes are handcrafted using local brown ash and cattle hides.