The Maine Arts Commission’s Fellowships reward artistic excellence, advance the careers of Maine artists and promote public awareness regarding the eminence of the creative sector in Maine. The awards are made solely on the basis of artistic excellence. Due to the competitiveness of the Individual Artist Fellowship program and to avoid conflict of interest, all jurors selected for this program reside out of state. The seven fellows for 2022 are: 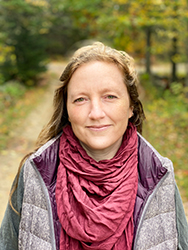 Nisa is a Studio Jeweler, Metalsmith, Instructor, and the owner of Nisa Jewelry, in Franklin. She graduated from the Maine College of Art with her BFA in 2000. Soon after graduation she moved to Downeast Maine and started her family. Since founding Nisa Jewelry in 2006, her work has been shown in juried fine craft shows, galleries, private trunk shows, public shows, and published in multiple books and publications. She is also a seasoned teacher, and loves assisting others in their creative pursuits. Nisa designs and handcrafts fine jewelry, using precious metals, gemstones and natural objects. She takes inspiration from the natural world in her work, with her creative process involving reimagining and exploring tangible relationships between organic textures, patterns, and forms found in her environment. "My artistic practice is motivated by an innate desire to explore the essential connections between humans and the natural world. Each piece that I create is an expression of my curiosity and delight, as well as an offering, and an invitation to pause and consider our profound interrelatedness,” says Nisa. Visit Nisa Smiley's website. 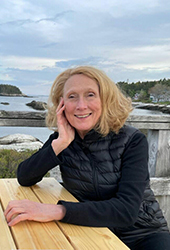 Patricia is a Jeweler and Metalsmith, and has been a professional Craft Artist since 1973. Today, her studio and showroom reside in downtown Portland and she lives in Brunswick. She graduated with her BFA from the Rhode Island School of Design. As a student her focus was only on holloware, the design of vessels and sculptural forms, never considering the possibility of designing jewelry. When Patricia was attending the Rhode Island School of Design she turned every jewelry making assignment into some sort of hollowware. "When I graduated and started my own studio, I realized no one was lining up for a chalice or sterling teapot, but, they were asking me about jewelry. It was then that I discovered that my ability to move the metal into all kinds of sculptural forms, thanks to training in making hollowware, allowed me to create any jewelry shape I could dream up," Daunia-Dunning says. Patricia’s skills translated her sculpture and hollowware into being able to make jewelry, representing a smaller scale, site specific sculpture. Visit Patricia Daunia-Dunning's website. 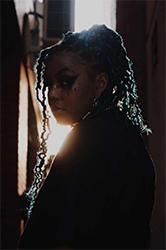 Candice recently graduated from the Maine College of Arts with a Bachelor of Fine Art in Painting. Since being in Portland, their work has been integrated into multiple group exhibitions at Maine College of Art, SPACE, and the Portland Public Library. The "Let Equality Shine," mural in Portland is the most recent exhibition showcasing Candice’s work. (The mural is located at 50 Monument Sq,.)  Their Afro-Boricua upbringing in New Haven, Connecticut, has a significant influence on their work. Candice’s identity as a Black Latino has given them inspiration to use their work as a mode of documentation. They describe their work as a diary of complex emotional trauma, memories of childhood and domesticity, and exploration of the gender binary. Creating large-scale paintings, prints, and installations, using bright and bold colors, with found objects and repurposed materials, their work relies on tactile materials to evoke their viewers' senses and create an emotional impact. Visit Candice Gosta's website. 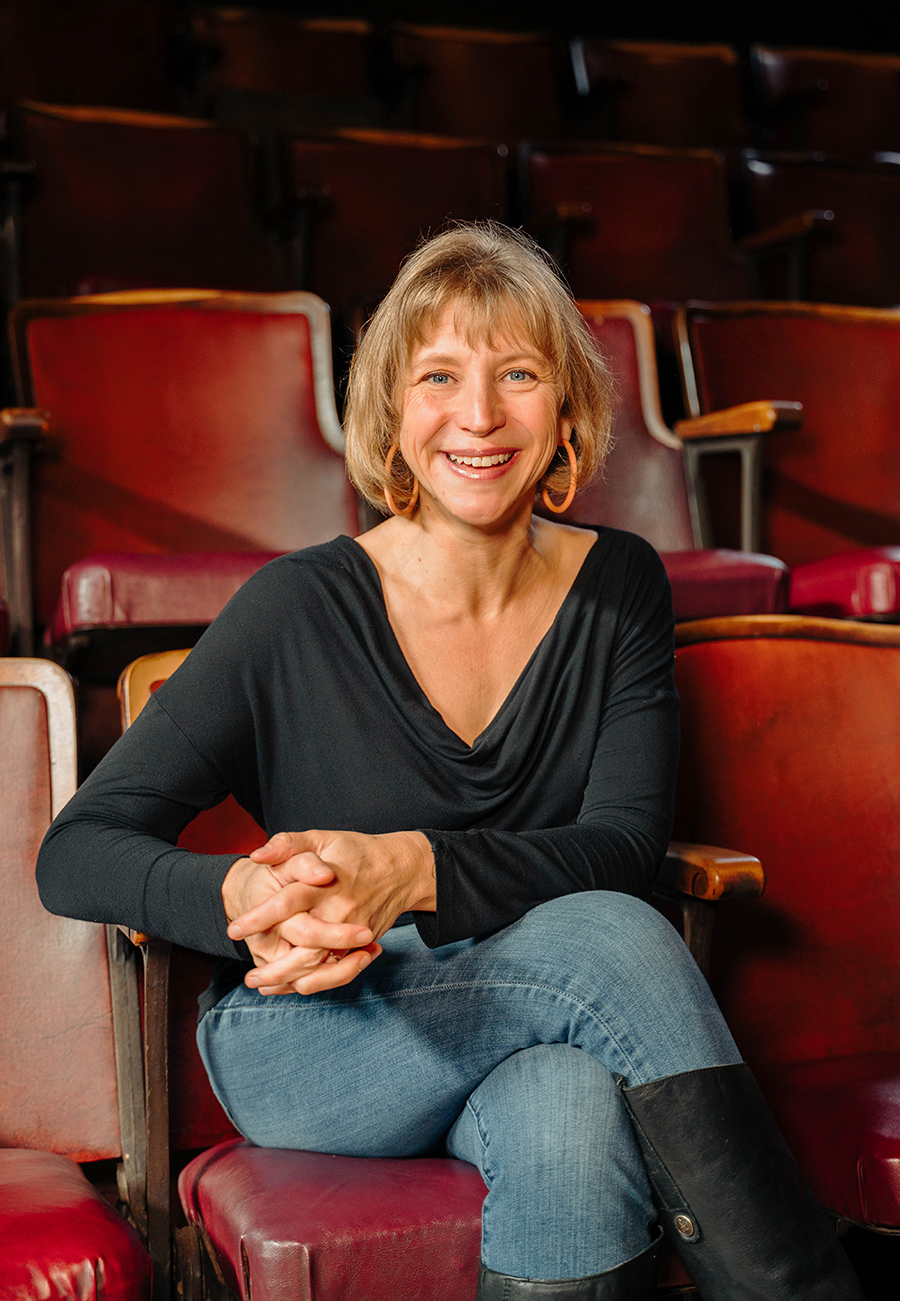 Amanda is a performer and award winning international touring artist, residing in Buckfield. Her most recent work of original productions include Pretty Face: An American Dream, A Woman Alone and The Last Chocolate, and Camp Maine: A Night of the Town. "I approach the stage with a joyful spirit for ferocious play. I seek to make bold choices that are as empowering as they are exciting. In playing with the “right here, right now” reality of the moment, I look for connection and liberation—for both myself as the performer and for the audience," says Amanda. For the past 15 years, she's been the Executive Artistic Director of Celebration Barn Theater, committing to supporting a worldwide community of 200 or more artists who come to Maine every year to create new work and complete training. Stepping down from her position at Celebration Barn, she's now creating the time and space to develop a new one-woman show with the working title “Full of Life.” Her ambitious new solo show will explore the anxiety of raising a daughter and questing for personal freedom from societal expectations, all while engaging the audience in delightful new ways. She's looking forward to doing more extended touring, which will build on her experiences with her previous solo shows, while deepening relationships with artists in creative communities throughout Canada, Europe and South America. Visit Amanda Huotari's website. 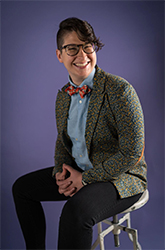 Lindz of Portland, is an independent LGBTQ+ digital creator and activist specializing in queer storytelling and performance in children’s media. Falling in love with this niche brand of media while studying Theater and Gender Studies as an undergraduate, Lindz graduated from Northwestern University with a B.S in Theater, and a minor in Gender Studies in 2014. The project that helped Lindz begin their career was making a webseries named Queer Kid Stuff, where they create educational LGBTQ+ and social justice videos for kids and families of all ages on Youtube. Since the beginning of Queer Kid Stuff, the series has been recognized by national publications, received prestigious grants, and been recognized by important LGBTQ+ organizations such as GLAAD. Since beginning the web series, they have written, produced, and co-hosted four seasons and over fifty episodes, which has earned over 3 million lifetime views. They created a pride music video and campaign to honor the diverity of the queer community and #SpreadQueerJoy for the 50th Anniversary of the Stonewall Riots, and do live and virtual performances based on the webseries across the country. "It’s a different world today than it was when I started Queer Kid Stuff and there were no other resources for kids of its kind,” says Lindz. “I want to tell stories about non-binary kids and queer families. I want to show kids that you can be queer and live a joyful life." Creating a TED Talk on the importance of this work, the video was featured on the front page of TED.com, which has now accumulated over 2.5M views. Today, Lindz is turning the Ted Talk into a progressive parenting book for St. Martin’s Press. Visit Lindz Amer's website. 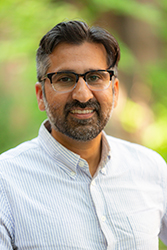 Zahir Janmohamed is a Visiting Assistant Professor of English at Bowdoin College, who lives in Portland. He graduated with his MFA in fiction from the University of Michigan, where he received multiple awards in fiction, nonfiction, poetry, and playwriting. His work has been featured extensively in national publications and television broadcasts. He co-founded Racist Sandwich in May of 2016, while he was living in Portland, Oregon. The podcast explores the intersection between food, race, gender, and class, and was nominated for a James Beard Award in 2019. He's currently working on his new book, “The Permitted Hours” where he explores the question ‘What does it mean to be from a country that no longer wants you?’ A journalistic memoir about his conflicted relationship to his ancestral homeland of India, the book is structured as a series of essays that weaves his family’s history, as well as his experience of race in America. Visit Zahir Janmohamed's website. 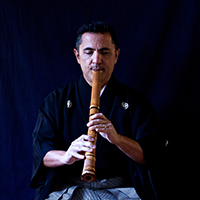 Hanz Araki of Springvale, recognized as one of the most talented Irish musicians in America, flautist, whistle blower, and singer, is a Juno Award-winner who has performed worldwide. His three decades of experience of musical exploration into Irish, Scottish, Japanese, and American traditions have influenced his unique musical style. Hanz grew up in Seattle, with both Irish and Japanese musical influences in his family. His mother was Irish American, which was his connection to Irish music. His father was a Japanese professional shakuhachi player who was the fifth in line of the Araki Kodo lineage. "Perhaps no other instrument in the traditional music of Japan is as easily recognizable as the shakuhachi; an end-blown, bamboo flute. Originally played by itinerant monks as a form of meditation, it has endured centuries of change throughout Japan's history," Hanz explains. Only four months after his father taught him the first lesson, he made his professional debut in Japan in 1988. He was honored with the name Kodo in 2009 by his father for him to become the sixth in his family's lineage to bear this title. He has taught at Keio University in Tokyo. As an instructor, he is in demand for his expertise of Kinko-ryu, which is the primary branch of shakuhachi music, referred to as Kinko-style. His newest album is called Hankyo (Reverberation), which is a solo album featuring the compositions of Kodo ll and Kodo V. Visit Hanz Araki's website.