The Maine Arts Commission’s Fellowships reward artistic excellence, advance the careers of Maine artists and promote public awareness regarding the eminence of the creative sector in Maine. The awards are made on the sole basis of artistic excellence. Due to the competitiveness of the Individual Artist Fellowship program, and to avoid conflict of interest, all jurors selected for this program reside out of state.  The five fellows for 2013 are:

Jessica Anthony, from Portland, is the Maine Arts Commission’s 2013 Literary Arts Fellow. She received her BA in English from Bates College, her MA in Fine Arts, Fiction from George Mason University, Fairfax, VA, where she won the Fiction Thesis Fellowship Prize. Her first novel, The Convalescent, became the inaugural recipient of the McSweeney’s Amanda Davis Highwire Fiction Award. Additional accolades include winning the Summer Literary Seminars fiction contest, and becoming a fellow at the MacDowell Colony, the Millay Colony, the Ucross Foundation and at the Virginia Center for the Creative Arts. 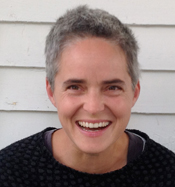 Anna Hepler, from Eastport, is the Maine Arts Commission’s 2013 Visual Arts Fellow. She received her BA from Oberlin College, OH, and MFA from the University of Wisconsin-Madison. Anna began her artistic investigation through printmaking and that aesthetic sensibility has remained as a thread while she explores other mediums. Her work can be found in prominent galleries such as the National Gallery of Art, Washington, D.C., Tate Gallery, London, England, DeCordova Museum and Sculpture Park, Lincoln, MA, and of course the Portland Museum of Art, ME. 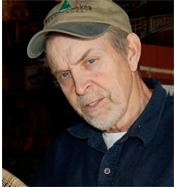 Bill Mackowski, from Milford, is the Maine Arts Commission’s 2013 Traditional Arts Fellow. He graduated from the University of Maine, where he majored in Wildlife Biology and Ecology. He currently focuses on creating ash packbaskets, fishing creels and snowshoes but he has worked at a variety of crafts including commercial fisherman, farmer, full time trapper and bush pilot. He is active in land conservation and has served in a variety of capacities with the Downeast Lakes Land Trust. 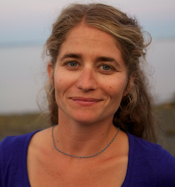 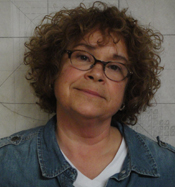 Ellen Wieske, from Deer Isle, is the Maine Arts Commission’s 2013 Inaugural Functional Craft Fellow. She received her BA from Wayne State University, MI, and her MFA at Cranbrook Academy of Art, MI. Ellen is a working metalsmith and has been a teacher for more than 23 years. She lives and maintains a studio on Deer Isle. Her wire workshop techniques have been documented and published in the book Weekend Crafter, Wire released by Lark Books in October 2001.